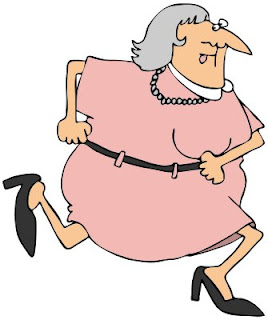 I came downstairs. Sid was rather pleased to see me, and in his excitement so half a dozen turds popped out onto the lino. I chivvied him outside, but it was too late. Pogo came out too, and before I could stop him so he dire-reared all over the shingled area I’d been working on yesterday. I wish he wouldn’t do that. I suppose I should be grateful that half of the dogs dump on the lawn which I much easier to cope with. People have this idyllic idea of a dog being a man’s best friend, but the reality is somewhat different.

With rain forecast later in the morning I took three quarters of the wolf-pack down to the woods where we had a rather good walk. We met quite a few other dog walkers, and the walk passed off without incident… right up to the point where we were about to drive home when a warning came up on the car’s dashboard.

The garage said it was OK to drive, and I’ve got an appointment to go see them in the morning to have the thing checked.

We came home and over a late brekkie I peered into the Internet. A favourite point had been awarded to the geocache of mine that went live last week. It was found for the first time yesterday; eight days for a First to Find. That was quite something. I saw that I had (again) been appointed Clan Leader for the upcoming Munzee Clan War. My internet provider has given me another four months unlimited mobile data. LinkedIn had suggested I chum up with a “confidence coach” whose specialty is “helping non-native speakers to communicate effectively in English.” I’m sure this person is a delightful soul with whom I probably have a lot in common. But LinkedIn is a professional network. What could I possibly want from a “confidence coach”?

I then spent a while stalking a friend on Facebook. Facebook is good in that you can keep up with friends who you only actually meet once a year or less. But you only see what that person wants you to see. The friend in question was on holiday in Greece. Her husband and children were nowhere to be seen in any of the myriad of photos, but she seemed to be very friendly with a rather swarthy-looking chap. Has she left her husband? Her photo still appears on his Facebook profile.

I could send her a message and ask… but that would be rather obvious.

I then posted to Facebook asking for advice about the lawn. Our lawn is a disaster. It has no end of bald patches. How can I fix it? (bearing in mind I’ve got more dogs than sense piddling over it at regular intervals). I’m pretty sure the obvious answer is not to let the dogs piddle over it quite so often, but if there is anything else I could do I’d rather try that first.

I got quite a few suggestions. It was suggested that I go over the lawn with a watering can with a couple of tablespoons of baking soda added to the water to neutralise the dog tiddle. I shall try that and try re-seeding the bald bits.

Just as I was about to walk out of the house I realised I'd not made a sandwich for lunch. I popped up to the corner shop to get one, then drove to B&Q. They had quite a range of grass seeds and lawn fertilisers, and quite a range of prices for the things too. I ended up going with something which was lawn seed and fertiliser all in one purely to save ten quid on the deal.

And I got a watering can too. Let's hope this does something for the lawn.

I then popped round to Smyths for Lego Advent Calendars for me, "Stormageddon - Bringer of Destruction TM" and Charlie. I got there, picked the things up, and walked out again. In my world something going so simply straightforward is something of a result. This was a saving too. Being a sad act, I keep a record of what I spend on this sort of thing, and I saved over five quid on last year's Advent Calendars. Result!!

I drove to work, and thought I might have my sandwich in my car. I parked up, opened the windows, got my Kindle app going and got scoffing. As I scoffed and read, I saw movement. There was some little old lady walking round the car park peering into the windows of all of the parked cars. She peered into the car next to mine, came up to my car and clearly hadn't seen me as she stuck her head through the passenger side window. She seemed quite entranced by the bag of crisps on the passenger seat. When I coughed and asked if I could help her she jumped, cracked her head on the car roof, and bolted off at a speed more appropriate for an Olympic athlete than for a little old lady.

I wonder what that was all about?

The rest of the day was rather dull after that.