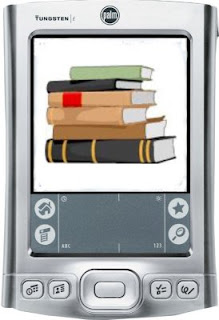 I have a new fleece. It's an astro club one, and it is the first item of clothing I've had in about twenty years which doesn't have an "X" in the size. I'm feeling quite smug about that little fact.

As an avid blagger of ebooks I read something which made me think. Whilst I am adamant that I'd like to think that I don't for one moment condone the open copyright theft which has clearly taken place with some ebooks, I can't help but wonder if actually I do. There's no denying that I have scoured the web looking for free ebooks. And there's no denying that I've downloaded one or two of them as well. Many of the free ones I've got are from book sharing sites on which the authors freely acknowledge that their books are free, or from Project Gutenberg where the books are also free. Or the freebies from Amazon. As for the "dodgier" websites - I've either downloaded books I already have paid out for the paper version; working on the principle that I'm getting a known quantity. Or I've downloaded books which are over twenty years old, and could arguably be described as fair game.
Am I wrong in doing this? How long does copyright last? How long should copyright last?
I suspect that if my writing efforts take off I may well find myself changing my attitude on the matter.

To work where I did my bit. I mentioned that my phone texts on voice command, One of the girls said that she has conversations with her phone. She demonstrated by asking her phone if it was gay, and the phone protested about being asked an inappropriate question.
I came home via Sainsbury's where I spent a voucher I'd got. I could either use it wisely, or I could get a bottle of port to fuel a drunken session this coming weekend. I came out with two bottles of port. Perhaps a cheaper brand than I might have bought, but in this new era of austerity, that's how it is these days.

And being Tuesday I was rather miffed. I missed the usual Tuesday gathering. Finishing in Canterbury after 8pm meant I wouldn't have got to Folkestone until nearly 9pm, and som wouldn't have climbed into my pit before midnight. Which wouldn't be a good idea as I need to be setting off before 7am tomorrow morning. Mind you, I never sleep anyway, so maybe I should have Folkestone-ed after all...