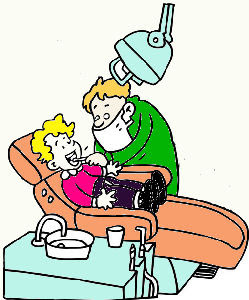 It’s too hot. I was awake with the heat at 3am. By 5am I’d given up any chance of sleep and was doing more ironing.

Work was dull, and I slipped out early to go to the dentist. My dentist winds me up. I’ve been seeing various dentists in this same surgery for over twenty years because it’s handy being just down the road. But I’ve never been happy with them. The first dentist I had was more nervous than I was, and when he left to set up on his own I breathed a sigh of relief. I then transferred to another chap who was good, but he too left after a while. The third chap had a portable TV in his surgery, and spent more time watching telly than rummaging in my gob. And the chap I’m with now…. He’s a good enough dentist. When he’s there. Every single appointment I make gets cancelled because he’s never there. And when I re-schedule... Take today for example. An appointment was booked a week ago for 3.55pm. They phoned yesterday to leave a message that the appointment is now at 3.15pm. If that is inconvenient, tough! They operate a policy of billing if you cancel with less than a day’s notice, so I’ve just had to put up with it.

I suppose I could find another dentist, but it’s convenient having one that I can walk to. Especially if I’ve had a traumatic time there. I remember once as a child coming home from the dentist. On a bus, my mouth packed out with some sort of bandages, and wanting to spit the blood out. Being close to home is handy.

I hate going to the dentist. Pretending to be interested in last year’s “Take a Break” magazine for varying times in the waiting room. And then my heart drops when my name is called. At least they seem to no longer confuse me with a chap of the same name, but twenty years older. And then, when I’m in the seat, the contents of my gob are discussed with a varying number of dental nurses. A good root around takes place, and the dentist calls out various codes. C2, B5… I think he plays dental battleships. Every time I go in there he prods some old fillings and says that next time he will replace them. He’s been saying that for years.

In the end, I couldn’t have been in the chair for more than two minutes. All is apparently well, and I’ve booked another appointment for January 5th. I mentioned that there wasn’t a lot of point booking a specific date, as he’ll only cancel, but I think that one went over their heads somewhat….