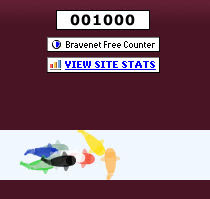 I see the new Speaker of the House of Commons is taking a firm line. Apparently he thinks Parliament sounds like a rabble. It’s amazing it’s taken this long for any of them to realise.

Two weeks ago I added a caption competition to the blog. I think it’s fair to say that this didn’t catch the interest of my loyal readers, and I’ve replaced it with a “forthcoming events” section. I’m quite impressed with my ability to blag script from other web sites. I must remember to keep updating the thing.

Whilst pegging out the washing this morning (it don’t get better than that!) I noticed that the fish poo filter was leaking water out of the top. That lasted three weeks since I last mucked it out. Either the new filtration medium is a tad keen, or they are pooing too much. Perhaps I could be less generous with throwing in the scoff. Turning off the power to the pond was quite difficult, having to climb through endless clutter filling the living room to get to the switch. If I had a switch down by the pond, it would have been so much easier. I shall make that my next project.

Whilst I extracted the fish poo from the filter, I ran a hose pipe down to the pond – a gently trickle to top up that which had leaked. Once I’d finally cleansed the fishy faeces, and then cleansed myself, and been off shopping and done this and that I suddenly remembered that I’d left the hose running. It’s a good job that “Daddies Little Angel TM ” was on the case. The pond hadn’t overflowed, but it was quite full….

Some days my life isn’t overly exciting. Today was one of them. And in twenty five days of blogging on this new site, the hit counter hit four figures. That’s a very respectable average of forty hits a day….