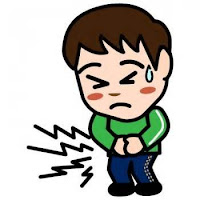 I slept like a log last night; it was so good to be back home after the barracks of hospital accommodation. Mind you I was still wide awake shortly after five o’clock.
I got up and had a shave. I liked that. Having forgotten my razor yesterday I’d not shaved for a couple of days. I can never understand how people grow beards; I hate the feeling of not having had a morning scrape.

After a bit of telly (watched with my dog) I then had a look at the Internet via my lap-top. It is somehow better that way than doing it with my phone. I had notifications about jobs at Kings College Hospital in London and in Redhill. Bearing in mind the fun I’d had with snow this week I decided not to follow them up.
There was also some convoluted email from Geo-HQ about their latest nonsense about electronic souvenirs. A couple of weeks ago I was all set to chuck the whole geo-thing in what with the squabbles that were abounding, but I’ve decided to rise above the pettiness. I looked at the convoluted email… I’ve said before that Geo-HQ needs to sack all their staff and start again. I’ll say it again: Geo-HQ needs to sack all their staff and start again. You basically can’ do their hobby without using third-party software. They can’t do their business without the generosity of third-party providers. But still they fart about. This time they’ve come up with a rather complicated way of obtaining meaningless e- souvenirs when they could have improved their app, sorted out the clunky web site, devised some consistency in the way the so-called rules are applied…

I packed an overnight bag (just in case) and set off to work. As I drove the pundits on the radio were interviewing ex-Prime Minister Tony Blair who was spouting about… I don’t know what he was spouting about. I’d set the radio to call up the traffic updates. Every time something interesting happened on the morning news program it was interrupted with updates of the road conditions in Rochester, central London and Brighton. However at no time was there any mention of the stretch of Kent between Ashford and Tunbridge Wells.
I’ve turned off the traffic updates.

I had an odd day today; doing more work in the last hour than in all of the rest of the day. There was some sausaging, but no gassing (it’s a blood transfusion thing).
With work done I came home. The forecast snow hadn’t come today, and the journey home was nowhere near as bad as I had suspected it might be.

"er indoors TM" boiled up a rather good plate of scran, and we scoffed it whilst watching the first episode of the new series of “Benidorm”. It was rather good. I just wish my stomach would stop hurting; it has been giving me gip all week. I’m not sure why; I *might* have pulled something when I took a tumble last Sunday…