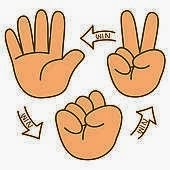 Finding myself wide awake at 5.30am I got up. I saw the heavy rain overnight had again leaked in under the back door. It might seem odd, but I was pleased about that; it's a problem that justifies the small fortune I'm spending on getting a new back door.
I had brekkie. I had an audience, but I was firm. My dog didn't get the crusts. There's no denying he has become something of a barrel. The vet is right he does need to lose weight. And he does seem to be getting the idea that I won't share with him any more. He then sat with me and snored whilst I played with the newly-upgraded Wherigo-writing software.

Having blagged ten Wherigos from others and re-written them and having then written four of my own from scratch I've had some constructive criticism; they all take too long to do.
I can't argue with that. The first one I ever did (as a participant) was fun but took over four hours to complete. Many of the ones I've put out take over an hour. For the tupperware-hunter in a hurry that's a little long. I've a couple which only take a few minutes, and so I thought I'd come up with (at least) one other. Funnily enough it's the shorter ones (to do) that take the time to write. I'm having a little trouble with my current Wheri-project. Programming a virtual badger to play "Rock, Paper, Scissors" took just over half an hour. However getting a virtual badger to stop playing "Rock, Paper, Scissors" is proving rather tricky.

I set off to work. The pundits on the radio were up in arms about the Greek debt crisis. I'm no expert on the subject, but from what I can work out the Greeks have run up terrific debts causing a previous government to take out a tremendous loan from the other European countries. And now a new government is refusing to pay back what is owed.
Whilst everyone will want what they are owed, I suppose you can't blame the Greeks for trying it on.

Only a small mention was made of Professor Stephen Hawking's announcement that space travel and colonisation of other planets is in humanity's best interests.
It rather amazes me that those on the radio don't see this as the blatantly obvious fact that it is.

I went to work via Morrisons where a couple of coppers had parked up their old-bill-mobile and were getting money from the cashpoint machine. I couldn't help but feel they should do that in their own time; but I didn't say anything.
I got a ton of cakes for the people at work; after all it will be a special occasion soon. I then went on to work where a colleague was bemoaning her recent "porridge disaster". "Porridge disasters" are best avoided if at all possible.

I did my bit whilst others spent the morning picking porridge detritus from various garments. At lunch time I looked out of the window. I was hoping to practice my sax, but the rain was against the idea. Instead I spent an hour reading my Kindle app. I soon got bored with it though.

With work done I came home and despite the rain I took "Furry Face TM" round the roads for a quick walk. When it gets lighter in the evenings we can walk for longer. But not quite yet.
Over a rather good bit of tea we watched more some of the celebrity "Bake-off"... more interesting than last night's drivel in Eastenders..