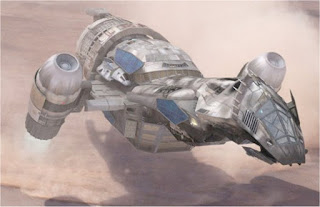 I had a bit of a lie-in this morning; a shame Tony had to ring the house phone so early. But such is life. As I got my toast going so both fruits of my loin arrived. From years of experience i dread seeing them together, and even now it seems really odd when they get on and don't argue constantly.

Whilst "My Boy TM" did his thing, me and "Daddies Little Angel TM" took the dogs for a walk. Up to Bowens Field wetland park which was extremely wet. Sid is always good off the lead, and I let Fudge off expecting the worst. But he was good, running about enjoying himself, and coming back when called. We walked along into Viccy Park and Fudge was excellent; I didn’t even need to have him on the lad as we went from one park to the next. Mind you he did get over-excited when he met up with lots of other dogs in Viccy Park. But, to be fair, the other dogs got excited too. We walked right through the park, along Knoll Lane, replaced an iffy geocache, and continued up to the Singleton Environment Centre. We seem to end up there an awful lot. But it’s a good place to be and they put out bowls of water for dogs so it saves us a job.

On the way home my phone rang. It was the first fruit of my loin – did I fancy going to the driving range? Yes I did, but we soon worked out that he didn’t have time before work. We’ll go next week.
And so home again. We then had a bit of a tidy up. Having savaged the living room in the run-up to Christmas it didn’t take too long to get that room into shape. And flushed with success we then had a go at the kitchen. We scared ourselves - fourteen jars of stuff past their best including some mulled wine spices that went west in March 1996.

Skinhead and her posse came to visit. I left them all to it and pootled about on the computer. The blog archive needed to be updated with December’s rantings, emails needed attention, and I spent a little time fiddling with the presentation I shall be giving on Saturday at Stargazing Live. It’s probably not as up to date as it might be but I shall tell the punters that, and hope they will be amused by the pretty pictures. I certainly will be.
As I pootled there was a commotion in the garden. Skinhead’s dog was one of the visiting dignitaries and in some dog-related shenanigans this mutt had somehow fallen into the pond. Woops. Mind you none of them could explain how Fudge was wet as well.

And so to Folkestone where the tribes gathered at the Admiralty. A few knob jokes, a glass or three of port and an episode of "Firefly" with friends. A wonderful evening...