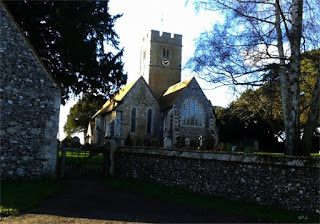 Yesterday I mentioned that I didn't feel too good when I woke. I felt rather rough this morning too. Some of my loyal readers may be surprised to find that it was disease and not hangover. Despite the mankini, I didn't actually drink that much yesterday. I tend not to these days. Not so much a resolution as just the way I seem to be hanging. And talking of resolutions, perhaps I should make some for this year? Or perhaps not. I shall continue with the vague plan of general weight loss; if only to shift what I have put on over the last few days. But other than that? Life changes enough around me in my world without me having to try for change myself. Look at this last year. Despite not actually liking them, I've acquired a dog. Despite several months of telling Stevey how lame it is, I've taken up geocaching. I've shifted several stones in weight. I've taken up golf (sort of). I wonder what the future holds for this year?

In previous years I've been quite good in keeping my diary of planed events up to date. I've been told off for letting the "Dates for the Diary" slip recently, so this morning whilst "er indoors TM" slept off the wine and Furry Face barked at anything that passed the house I spent a little while updating the diary with possible future events for this new year. I've got dates for the camping and bonfire events. I've got astro club dates. I need dates to go underground again, dates for the drop redoubt's open day, and anything else that might be fun. If any of my loyal readers know of any events which should be on it, please let me know.

I had a message - did we fancy taking dogs for a walk? Fudge always likes a walk, so we set off to Sheldwich and did a circuit up to Selling church and back (via nine geocaches). The going was seriously muddy, but it was a dry bright day and we were all glad to get out into t countryside.
Once home we hosed the worst of the mud off of the pup, and as he slept we went down to see Lisa and Earle. They had cooked far too much roast beef, and so we helped them scoff a roast dinner. Very tasty. We then tried out the 3-D TV. I could make out some of the 3-D effects, butt (it would seem) not as much as everyone else could. I've been told that I can't see 3-D effects; magic eye pictures never work for me. We then watched "Spiderwick Chronicles" until it was home time. And then after a quick shower we watched TV drivel whilst Furry Face slept on top of me...