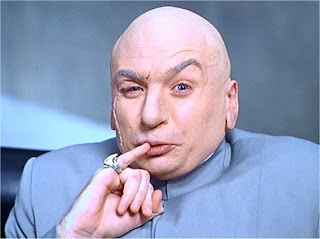 On the radio this morning I heard about a project taking place over the next eleven months in which eleven accomplished authors will each write a short story about the eleven incarnations of "Doctor Who" as a run-up to the fiftieth anniversary of the show in November. These might be interesting. Each story is only about five thousand words long and will cost a couple of quid. I was a tad surprised to see that these stories are being published by Puffin books, but after all, Doctor Who is a kid's show (!)

But the main news of the day was the Prime Minister's speech. The radio commentators and TV news spoke about very little else today. My piss boiled on so many levels. Firstly with the constant references by the various pundits to "Cameron". I can't pretend to be the chap's biggest fan, but he is the Prime Minister, and should be addressed as "the Prime Minister" or "Mr Cameron" or "Sir". I'm always running him down, but I respect the office he holds.
And as for what he's done.... He's promised a referendum as to whether the UK will be in or out of the European Union. Personally I feel we should remain in, but that's irrelevant. What's annoyed me is the way that this move is billed as being a triumph of democracy. It is not. When you actually analyse what he's said, he is actually offering (if elected) the choice to vote for whatever specific plans he will cook up for a Europe that suits him, or to unilaterally leave the European Union if he don't like the look of it at the time. I'm reminded of a small child demanding its own way before going off in a sulk. A true democratic process would give me personally some input into devising any revised Union treaty.
But is this about the British membership of Europe at all? The Prime Minister has said that he feels that the UK should remain part of the European Union. I can't help but feel that the Con-Servatives have stirred the Euro-debate in order to do the dirty to their political opponents in UKIP, and to appeal to the jingoistic vote by winding up the other European leaders.

And what with the Prime Minister boiling that most volatile of fluids by his performance on the radio, my blood pressure went through the roof at the antics of my fellow road users. Traffic was stacked three miles back out of Wincheap as everyone seemingly celebrated "National Drive Up the Middle of the Road Day". Traffic was at a standstill as so many people were blocking the roads by driving right up the middle, rather than keeping to the left hand side of the road. On the back streets there was even a chap in a mobility scooter following the white lines; seemingly desperate not to be left out.
I can understand his not wanting to be on icy pavements, but did he really need to be following those white lines?

Being on a late start gave me a little time before work, so I did some shopping. A tankful of petrol (not cheap), and then to "Pets at Home" for Furry Face's food. On Saturday we got a card from the Ashford branch of "Pets at Home" where (I am sure) the nice lady said it gave us ten per cent off of all purchases in any of their stores. The nice lady in the Canterbury store wasn't having any of it, but said that we could use the card to accrue points which we might redeem at some vague future point. Oh well - every little helps, I suppose. Mind you it doesn't help that Furry Face doesn't seem to be overly fond of Pets at Home dog food. But it's (relatively) cheap, in these austere times he'd be even less fond of going hungry.

And so to work, which was much the same as ever. I spent a little while looking to swap shifts about when my phone rang. The most recent fruit of my loin wanted to use my PC. She needed it to make a presentation about eroticism in modern art (!) Personally I'd rather she made a presentation about modern art's need to take a firm moral stance (preferably in stout hessian undergarments), but what do I know? And then in a fit of boredom I decided to unleash my savage vengeance onto an ungrateful and unsuspecting universe. However I found myself somewhat thwarted. An ungrateful and unsuspecting universe is rather a large thing onto which to unleash savage vengeance, and I was rather at a loss as to where to start. If any of my loyal readers might like to offer any suggestions on the matter...