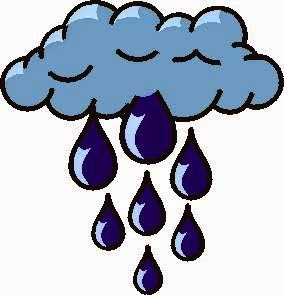 Yesterday evening when I could have been out with friends watching other friends playing in their band I was fast asleep. This morning at 5.30am when I should have fast asleep like everyone else, I was wide awake.
The plan for the day had been a walk around Meopham, but overnight rain (which was still pouring down) had put paid to that idea. We can go back to Meopham another time.

We pretty much wasted the morning waiting for the rain to stop. I pootled about clearing rubbish files from my laptop whist in the background "Friends" dribbled on the Comedy Central channel in the background. "Friends" must be the lamest and most dire show in the entire history of television. My piss particularly boils every time a feeble joke is told and the entire cast all turn and griimace at the camera so that the viewers know that a joke has been told.
I soon got bored... how do people spend so long doing nothing. I've heard it described as "chilling"; I was bored senseless.

We had already abandoned plans for a day in Meopham. The backup plan was an afternoon in Faversham, but continuing rain scuppered that plan too. Instead we drove down to Folkestone to see "Daddies Little Angel TM". She's been flogging Kleeneze stuff recently. I say "flogging"; like me she's found it to be a rather futile pursuit. With an average income of about a pound an hour (before any expenses are taken into consideration) the whole thing is money straight down the toilet.
We stayed there for an hour or so, and as the rain had finally stopped we came home the scenic way through Saltwood. If I didn't get a geocache or two I would go completely round the twist.

"er indoors TM" went bowling, and with a small dog fast asleep on my lap I had a little look-see on-line. My piss boiled when I checked out one of the Facebook Geocaching pages. Designed to be somewhere where the mere mortals (like me) get to communicate with the Grand-High Pum-Bahs of the world of hunting tupperware, it's perhaps the rudest place on Facebook I have ever found (so far). And the rudeness doesn't come from "Joe Public"; it's those with a little bit of power who are full of rudeness annd arrogance.
I've said it before; I really shouldn't do Internet forums. They are not good for my blood pressure (or piss temperature).

A dull day, but I shouldn't complain...