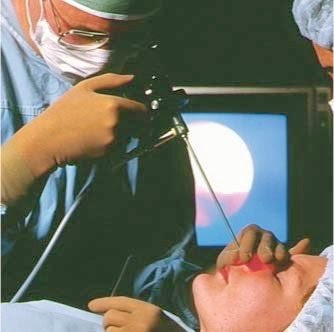 Yesterday evening's little stroll couldn't have been more than three miles; we were only out for two and a half hours. This morning I felt absolutely exhausted as I fed most of my brekkie to a surprisingly hungry "Furry Face TM".
I'd put some washing into the machine before brekkie; after brekkie I activated our eco-friendly solar powered laundry drier (aka I put it on the clothes line), and just before leaving for work I had a last-minute email check. A new geocache had gone live within two miles of home. But it was a puzzle cache. I didn't have time for caching; I certainly didn't have time for puzzle solving. But it looked like a straight-forward puzzle.
I got the First to Find in just over half an hour after getting the email; which I thought was rather good going.
It was at that point that I remembered that the road to work had been closed by the police yesterday afternoon.

Fortunately the A28 had re-opened in the meantime. As I drove to work the pundits on the radio were discussing the Government's plans to move a whole load of health care services out of hospital out-patients departments into purpose built community clinics. In a stroke of utter genius (!) it seems that hospital out-patients departments are to be closed long before the clinics to replace them have been built. One of the experts being interviewed about the matter made the very profound statement that the problem with health care in the UK is that demand far outstrips the available resources. Wow! Had no one else realised this!

There were then interviews with leading members of the Israeli and Palestinian Governments about the ongoing conflicts. The Palestinian official interviewed would not discuss the specific grievance which is causing this week's problems; he seemed more interested in ranting about mistakes made fifty years ago. The Israeli spokesman implied that one couldn't expect anything else from savages...
...and as I have said before, war will go on in that part of the world incessantly because (in all honesty) they don't seem to want to stop fighting.

As I drove I was wondering how late I would be. Normally I give myself some spare time in case of hold-ups. Today I had no spare time, but the roads were amazingly clear. I got to work with three minutes to spare. I didn't need any of the lame excuses I'd been thinking up on my drive in.
Work went much the same as ever; sax practice was uneventful for once, and then I had a phone call. The ENT people had got the results of my CT scan; I had rather large nasal polyps on the right hand side of my head, and could I come to the clinic this afternoon? A quick grovel to the boss, and I set off from work a little early so as to get to the clinic in time.

I got to the clinic - what a waste of my time. In a total triumph of the NHS's policy of moving out-patient services out of hospitals and into the community the clinic didn't have access to the CT scan results. So to get round this minor problem the specialist had one of his mates at the hospital take a photo of my scan and send it to his phone. I was then subjected to the indignity (and torment) of having an endoscope rammed into my nose and after a serious rummage I wasn't told anything I didn't know already.
I knew I had rather large nasal polyps on the right hand side; I've known this for ages. It constantly feels as though I have a golf ball wedged up my nose. This has now been confirmed by CT scan and endoscopy. All the sinuses on the right hand side of my head are bunged up solid with polyps. I need an urgent surgical re-bore, and they will let me know when I can be fitted in.

It was with a rather tender snout that I went home and took my dog for a walk round the park, and having backed up the last month's blog entries I set off to astro club committee (via McDonalds). I had a bit of a rant, and came home.
"er indoors TM" had been to a meeting of geocachers which had been called by Kent County Council. In years gone by paid members of staff of Kent County Council hid geocaches. they didn't look after them, the caches got trashed and archived. Now the council want someone to do their caches for them. For free. It was as well that I wasn't at that meeting. I might have had a proper rant...