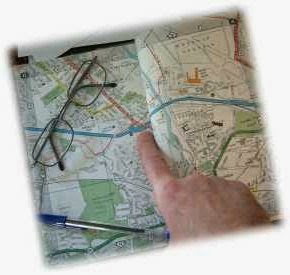 I slept reasonably well. Most people wouldn't be pleased with only six hours sleep; for me that's loads. CPAP machines are wonderful things for blasting air through blocked sinuses. Of course I wouldn't need a CPAP machine were my nose re-bored. I'm getting a little hacked off with the whole "blocked nose" thing. Since I first went to my GP about it last November I've only actually got anything from the health service by constantly phoning them and chasing them and contacting the complaints department.
At the last time I met with the specilaist he promised I would have surgery withing two months, and it's now been three weeks since I saw him. I *really* don't want to make another formal complaint, but that seems to be the only way to get any results.

Off to work. As I drove the pundits on the radio were lambasting the Prime Minister. He's publically attacked the French for defying the international accords by selling warships to Russia. He was today somewhat embarrassed to find his own government was allowing over a hundred arms deals to be going on between the UK annd Russia. I don't suppose for one moment that he was trying to cover anything up when he said he was unaware of what was going an and that all these deals will be investigated. But I am reminded of the old addage that people in glass houses shouldn't throw stones. A Prime Minister is in many ways living in the biggest glass house of them all.

Apart from rescuing an errant sparrow from the workplace (which was then subsequently eaten by a cat - alledgedly!) my day was much the same as ever. And with my bit done I came home and walked "Furry Face TM" round the park. Apart from interrupting a couple of young Poles who were demonstrating their passion for each other al-fresco our walk was relatively uneventful. We came home, and whilst I was hosing the muck out of the fish pond filter a certain Patagonian Tripe-Hound fell in said fish pond.
The fish pond filter's doing quite well considering the plan was to have the thing replaced some three years ago.

I then spent a little while working on a survey for the members of the astro club; attendance is down. I wonder why. And then after a rather good bit of tea I had a look at the English Heritage web site. We're planning a little holiday in September; I'm thinking of something of a road trip. I need to plan a route...