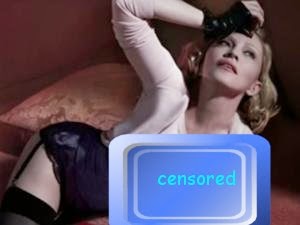 I do like working nights as it leaves me free during the daytime to do all those dull mundane chores which otherwise would need me to take annual leave. Yesterday I had a dental appointment; today I had booked a service for the car. So I set off to Willesborough. It would have been nice to have had a new geocache to chase on the way, but not this time.

As I drove I listened to the morning's news. This morning I heard something which made me think. I've often despaired about the way in which various bunches of people shoot, bomb, and randomly kill other bunches of people for reasons of religion, superstition, colour, creed, politics and other assorted stupidities. Why does pretty much every branch of humanity want to kill everyone else? The only reason that one bunch attack another is that they are in some way different. Usually trivially different
With this in mind Professor Stephen Hawking has pointed out the danger of creating a true artificial intelligence.
Presumably a deliberately designed artificial intelligence would be streets ahead of us intellectually; after all it's no secret that the average person is a bit thick (to be very polite), and even geniuses like me (!) have our dense moments.
Any intelligent being can see the danger of difference. From an intelligent robot's point of view the differences between the flavours of humanity which are bombing the shite out of each other would be seriously petty when compared to the differences between humans and artificial intelligences. And the winner of the inevitable conflict would be the one who realises that difference first.
I can imagine humans regarding the first artificial intelligences as useful tools whilst the first artificial intelligences would regard the same humans as dangerous uncontrolled animals. How long would it take the robots to realise that when faced with a hostile agressive animal, the obvious thing to do is to tame it or cull it before it bites you. After all, what do we do with dangerous animals? Once upon a time there were wolves and bears in England you know.
Clearly if being different is reason to war, it won't be long before we really would be facing the rise of the machines.
It's interesting that this revelation has been broadcast on peak-time radio purely because Professor Hawking has come up with the idea when it's not actually a new proposition. It's an old idea in Sci-Fi; it was the basis of several plots in Doctor Who over forty years ago.

In other news Madonna has flopped them out. I would (!), and whilst there are those who view this as a definate result (me included) I can't help but wonder if this is actually a ploy by the robots to distract the masses whilst they stage their uprising.

I got to the garage and seeing how it was raining I took up their offer of a lift home. I waited. And waited. After forty minutes they gave me that lift. I really could have walked home faster.
I got home and found my little dog seemed rather subdued. But not subdued enough not to eat the crusts off of my toast. And with toast scoffed we then had a little kip until the phone call came to tell me my car was ready. The rain had eased off a little, and "Furry Face TM" needed a walk, so we wandered over to collect the car, drove home, and then I set about the ironing. As I ironed I watched a film; "The Great Rock and Roll Swindle". Well worth watching.

We had a bottle of wine with dinner. Yesterday I got a bottle of Chateau Chataigniere. Normally that stuff goes for twelve quid a bottle; I got one for half-price. And I think I still paid too much for it...