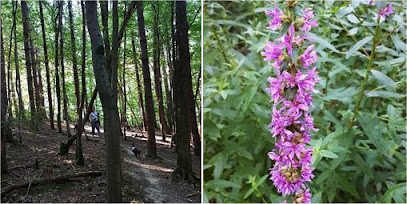 I spent much of the night fighting Treacle for space on the bed. When we finally arranged some sort of truce so the bin men came crashing up the road, then the alarm went off.
I gave up, got up and over some toast (shared with Fudge) I peered into the Internet. Donald Trump is looking to postpone the American election in a desperate bid to cling to power… which would seem to have annoyed a lot of people who live in the UK. You would think with the post-Brexit negotiations in shambles and prices of many household goods looking to soar, they would have more things to worry about, wouldn’t you? There was consternation that some Chinese firm has ripped off the latest Lego model and is marketing a cheaper version.
And my cousin’s cat had died. I found that most upsetting of all.

I had a very interesting email from Geo-HQ. I’ve been in correspondence with them all week following an episode at the weekend. It is no secret that I plaster my every move all over the Internet. "My Boy TM" once mentioned that he knows whenever I fart because he reads it on Facebook. Someone was so desperate to get First To Find on the series of geocaches that "er indoors TM" hid a couple of weeks ago that our movements were monitored, and then our footsteps were followed, and the caches all found before their formal publication. I was a tad miffed about this, but according to Geo-HQ this is within the letter of the law of hunting film pots under rocks. However as the correspondence went on it became rather interesting. A geocache can be logged *before* formal publication, and Geo-HQ told me this morning that if whoever hides it wants to let a select audience know about it before that formal publication then that too isn’t against the rules.
So… if any of my Tupperware-hunting pals would like to get to be First to Find on a film pot which hasn’t long been under a rock, let me know. The monopoly of the FTF has been broken.
You’d be amazed at just how seriously such a trivial matter is taken in some circles.

I sent out birthday wishes, then with "er indoors TM" emerging from her pit we took the dogs out before it got hot. We drove down to Orlestone Woods where we found the car park empty. Mind you we didn’t have the woods to ourselves; we were just the first ones there. As we walked we met other people and other dogs. Treacle had a minor spat with a giant poodle, but the nice lady with the poodle laughed it off. After all, that’s what dogs do. And that’s why I’ve taken to driving for ten minutes to Orlestone rather than walking round the park. People who walk dogs round Orlestone Woods realise what dogs are like, and these little squabbles are just laughed off. At the park this would be seen as a major issue. As we walked I used my PlantSnap app to identify a plant.
There is a lot of a rather pretty purple plant in the woods; we’ve often wondered what it is. Purple loosestrife is quite common apparently. I might blag some for a pot in the garden.

We came home; I took two minutes to wash the grime from my car’s windscreen, then popped up to the corner shop. They had a big signup saying that face coverings are compulsory but had two customers inside without any face covering. And as I shopped so another walked in not masked. No one said anything, but would anyone; are the small corner shops really going to turn trade away?

I got a sandwich for lunch and some pastries to scoff with a cuppa, then as I scoffed pastries (with a cuppa) I wrote up some CPD. It was as well that I did; not only is it a legal requirement for me to do so, the nice people at Blogger have updated the blogging software. I say “updated” – I mean “changed because they can”. In the past I’ve written this drivel as a word document and copied it over. Doing that now causes massive spaces between paragraphs, but I’ve now figured a work-around. I hope…

As I figured the work-around the food I’d ordered for the pond fish was delivered. It was a shame that the man from DPD chose to kick the front door rather than knocking on the door or ringing the bell, but I suppose that was his way of staying safe from coronoavirus?

At eleven o’clock I stopped CPD-ing and tuned in to the live feed from the big cat sanctuary in which we saw feeding time for the cheetahs. It was a shame that one of the keepers was wearing a face mask and one wasn’t; you would have thought that they would have decided that the things were necessary or they weren’t.

And , as always is the case when on a late shift, the day was effectively over by mid morning…