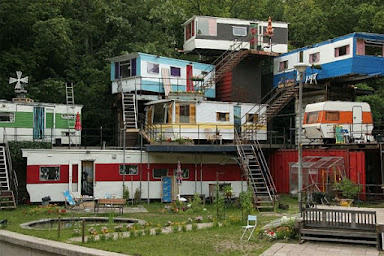 I had over a hundred emails about people having found the geocaches I’d hidden in Kings Wood. Despite the heat people had been out walking for miles yesterday. Mind you they said nice things in their written logs, so that was a result.

With pretty much nothing at all having happened overnight on Facebook I spent a little while struggling with a geo-jigsaw puzzle, then we took the dogs down to Orlestone Woods for a walk. We had a good walk – we didn’t see anyone else at all. It probably doesn’t help Treacle’s socialisation issues, but it does wonders for my state of mind. As we walked we couldn’t help but notice all the dog turds; either the woods are getting busier, or people are getting more lax about where their dogs dump.

We came home to find the neighbours moving out… again… I wish I knew what was wrong with the house. No one *ever* stays for any length of time there. When we moved in there was a little old lady who kept herself to herself. She vanished, and after the house had been empty for some time she was replaced by the mother-in-law of the other neighbours. We got on well with her to the disgust of the other neighbours.
After her it is all something of a blur. I can't remember the exact order, and I may have forgotten some ... in between being empty (for nearly a year) twice:
There was the drunk Irishman who would play crap music at 2am.
There were two young Australian ladies who would sunbathe in the garden in the nip (I liked them).
There was a Nigerian family who would never pull the blind in their toilet.
There were two young lads who were great fun.
There was the Nigerian fellow who would regularly have a "crafty Joddrell" into the toilet in the evenings; the shadows of which on their bathroom blind were rather entertaining
There was the odd couple who tried to blame the flood from their upstairs bathroom on my downstairs washing machine.
There was the young family who ran away owning thousands (we had the debt collectors asking after them for months).
There were the people with three dogs each of which was the size of a cart-horse.
There was the nice couple who moved round the corner to Francis Road.
There was the lot who did noisy sex and who moved out in May 2018
There was the lot who used to run the Elwick Club and went to run the Albion.
Then there was the lot who moved out today.

They said something about a rodent infestation, but with two dogs in their house I somehow doubt it. They only moved next door in March and even for that house, that was not long. To be honest they were never happy with the house. They’d moved from some mobile home estate on the Romney Marsh and claimed they could get a mobile home (a la “Trailer Park Boys”) on the Romney Marsh which was twice the size of their house for half the price, and I think the whole “rodent” thing was just a ruse to get them out of their contract.

I did more geo-jigsaw-puzzle. After two hours I still haven’t got the edges done. I gave up, and leaving the lap-top updating itself I set off to work. I deployed a Munzee, then did the late shift.

I came home via the petrol station. With posters and signs everywhere demanding I wear a face covering, neither of the two members of the staff there were.

Once home I found "Daddy’s Little Angel TM" and "Stormageddon - Bringer of Destruction TM" here for the weekend. Let’s hope they don’t get up very early tomorrow…