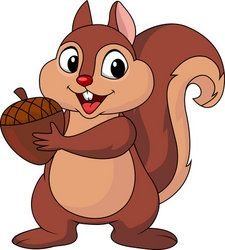 I had a rather restless night… When Treacle and Pogo don’t sleep, nor does anyone else.

I set the washing machine going and made some toast. As I scoffed it I watched an episode of “Big School” whilst Sid sucked my pyjama bottoms. Fudge came downstairs, humped Sid, and went back to bed.
With telly watched I had a look at the Internet.
I saw on Facebook that Rene Auberjonois had died overnight. He played “Odo” in Star Trek… over twenty years ago. A *lot* of people had picked up on this. Far fewer had realised that Robert Walker Jr had also died; he played “Charlie X” in Star Trek about thirty yeas before Rene Auberjonois was cast as “Odo”. Steve Coogan had been in my favourite pub in Hastings, and quite a few people had put up their Christmas trees.
I had one or two emails this morning. Amazon was offering me cut-price Terry Pratchett e-books. I might get some. I’ve already got a dozen or so; I must admit that I was put off of Pratchett’s stuff by people raving about how good it was and the books didn’t live up to the hype.

I hung out the washing, put on one of the new shirts I bought in Matalan yesterday and set off to work.

As I drove to work on a very wet and dark morning the pundits on the radio were interviewing the leader of the Liberal Democrats. They were giving Ms Swinson a very hard time about the place of trans people in today's society (for no reason that I could fathom). She seemed to be getting very angry about an issue which, whilst important, isn't perhaps what the nation is focussing on right now. I can't help but wonder if someone at the BBC was playing silly beggars by deliberately wasting her air-time in that way?
This was followed by a squabble between John McDonell (Labour's Shadow Chancellor of the Exchequer) and John Caudwell (the billionaire who pays the most tax in the UK). Apparently the Labour people had said that there shouldn't be any billionaires in the world, Mr Caudwell had disagreed, and in the subsequent bickering neither side convinced the other of anything.
Mind you, as Mr Caudwell said, all of the Labour party's plans hinge on their being able to tax the billionaires. If Labour wins the upcoming election and all the billionaires go and live abroad (like many have threatened to do) then the Labour party will be left high and dry. You'd think it would make sense *not* to piss on your chips, wouldn't you?

I got to work and wasted ten minutes trying to photograph a squirrel in the car park. It looked particularly photogenic all the time I was pointing my phone's camera the other way, but managed to avoid me quite well.
I did my bit. At tea break I saw quite the bargain appear on one of the Facebook Lego-related groups. I've handed over my money... here's hoping the bargain arrives.
Having driven to work in the dark I drove home in the dark too. Mind you the Christmas decorations in the houses in the villages were rather pretty.

I arrived home just as "er indoors TM" was taking the wolf pack out for a walk. We went round the block, then came home for a rather good bit of dinner. "er indoors TM" then went bowling. I did the ironing.
I think I got the worse end of that deal…