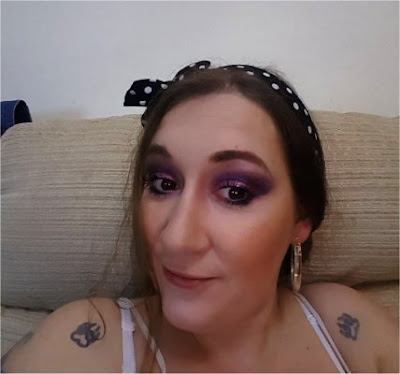 The first thing I did today was to test the telly. The Sky HDMI thingy is still poggered. I can watch Sky TV via the scart cable though. Realistically I don’t give a stuff what goes on in the background as long as I can still watch my telly.
Over brekkie I had a look at Facebook. Someone who told me off at the last election for what he felt was my extreme views was today advocating the political party that I was advocating last time. Funny old world…
This chap was making the point that here in Ashford if you want to get rid of the Conservatives you would be better off casting a tactical vote for Labour. Realistically there are only two choices for our next Prime Minister; one is a proven liar, the other a well-intentioned idiot. It speaks volumes about the state of our political system in that we aren’t voting for who we want; we are voting against who we don’t want.
There were quite a few photos from last night’s works Christmas bashes. Both places that I work had their Christmas parties last night. Bearing in mind that I couldn’t go to both I felt it better not to go to either. Mind you it looked as though I’d missed a couple of good sessions.

The plan for this morning had been to take the dogs to Orlstone Woods, but "er indoors TM" had a better offer for the afternoon and time was against us. So we took the hounds round the park. The walk passed off rather well. There were no fights, we played nicely with the other dogs, and with no pheasants near the dogs walked nicely and didn’t pull at all.
With walk walked I popped up the shop. Almond croissants went nicely with a cup of coffee.

"er indoors TM" cleared off out. I gathered up some rubbish and stuck it in the car and I went out too. First of all to Curry’s where I got a new Blu-Ray - DVD player. Eventually. With half a dozen store assistants ignoring me I was on the point of walking out when finally someone wanted to talk to me. Whilst I was there I had a look at the new tellys. Ultra-HD, 4K, 8K… they all looked the same to me. The only difference I could see was the price.
From there I went to Matalan where not one person in ten was paying attention to what was going on. Pretty much everyone was walking around with their noses in their phones; bouncing off of each other as they walked.
It was much the same at the tip; loads of people trying to unload their cars. Everyone seeming to think they were the only person at the tip.

I came home and plugged in the new Blu-Ray - DVD player… it didn’t work. I have a theory that yesterday’s little episode has poggered the HDMI input on the telly. I might get a new one in the sales.
As I wrestled with the telly the dogs were getting rather fractious. I gave hem their tea… or to be more precise I put down four bowls of dog food and stood guard so that there was no squabbling. Some wolf their food down, some savour every mouthful. Feeding time is hard work.

"er indoors TM" has said she’ll be late home. I’ve made toast for dinner…
Posted by Manky Badger at 8:14 pm