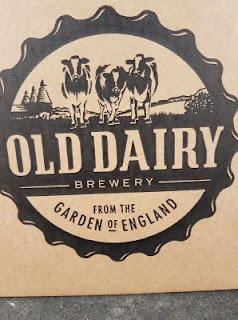 Not being allowed that much of the duvet made for something of a cold night. I eventually gave up shivering at seven o’clock and got up.
Over toast I had a look at the Internet. Some chap was posting on Facebook about my old school’s Commemoration services. I spent much of the day reminiscing about these.
Every year we would have two afternoons off school; the school would close at mid day and seven hundred pupils would have two hours to make their way (unsupervised) to a church three miles away. We would in the first instance go to St Clement’s church where we would all be allocated a seat and be told the importance of sitting down and shutting up, and then told to go home. That was the “practice”; two days later we used to have the real thing when we would have a rather tedious church service (in front of the local mayor, MP and all sorts of other dignitaries) before being sent home rather later than we would usually be sent home. I can remember that me and my old mate David Thornton would walk there together through the park and via a café. We used to have a great time – we called the walk and the café “Plan X”. Mind you I can remember that the actual services wasn’t something I’d recommend. With no attendance register ever being called, I can’t help but wonder why we didn’t bunk off (like I did every Wednesday afternoon when I was supposed to be doing “games”).
There was one of these “Commemoration” services yesterday. You can see the photos here if you want. I can’t help but wonder if (in this day and age) the kids make their own way to the church, or if they are driven to and fro; guarded all the way?
Amazingly there was pretty much nothing else at all of note on Facebook this morning.
And my emails were rather dull too.
Mind you I did feel a pang of jealousy when I saw that some of my Facebook friends were starting their Christmas holidays. Three weeks off work from today? This year I get Christmas day off, and that’s it.

As I scoffed toast "er indoors TM" referee-ed the dogs whilst they had breakfast. Some of hem scoff it down as fast as they can before trying to steal the other dogs’ food. Some take their time seemingly deliberately waiting for the oncoming fight. I don’t like being in charge of feeding time; it can be hard work.

Being December the nice boiler man came to give the boiler its annual servicing (woof!) There are those who say I pay too much for the annual servicing. All I can say about this is that I went for years (literally) trying to find a plumber who would actually come out to service the boiler, and when I eventually found one, the thing was so far gone that a new one was the only option. My current chap comes out regularly and has helped me out (at short notice) when I’ve had other disasters. So I’m sticking with what works.

With boiler services I took the dogs out for a walk. I did my “dog whispering”. All was calm and placid. We were all walking nicely at heel. And then a cat ran across the road. The dogs didn’t see the cat, but it saw them, stopped, and deliberately came back to provoke them.
The rest of the walk was rather fraught.
I came home and had a cuppa to recuperate.

As I drank coffee I wrote up some CPD (as I do). The dogs eventually settled, but two minutes after the last one started snoring so the postman delivered some letters. I say “delivered some letters” – you’d think he was trying to kick the door down judging by the noise he made to deliver one small Christmas card.

When the dogs settled again I quietly slipped out. I went up the road to the church hall which today was doubling up as the polling station. I chatted with the nice ladies on the counter, got my ballot paper and went into the voting booth. I was presented with five choices:

I cast my vote, then drove off to Tenterden. I went to the Old Dairy brewery shop where I got twelve bottles of Snow Top. Last year I got the same and it lasted well into the New Year.

I then drove on to Cranbrook where there used to be a rather good off-licence. There used to be... it has long since closed. I shall go elsewhere for what I wanted. but whilst I was there I had a little look up and down the High Street. It was strange seeing all the family-run independent shops. Not a chain store in sight. It was like going back fifty years or more. I'd like to live there.... I wonder if "er indoors TM" is up for moving?
Whilst there I got all the information I hoped I need to solve a nearby geo-puzzle, then drove on to work.

I went to the works canteen for lunch. As I scoffed beef lasagne I was very conscious of a rather noisy child on the next table. But as I listened to the commotion I soon worked out what was going on. The young lad was with both of his grandmothers. They were awaiting the arrival of the boy's father, then they would all go up to the maternity ward together to meet the new-born sister. I spent much of the afternoon smiling about that.
You don't get this in any other line of work.

The rest of the day was rather dull...