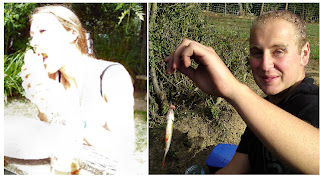 Parking near my house can sometimes be a tad tricky – there are not enough spaces. Just round the corner are a couple of spaces but they are on a single yellow line. Parking is allowed between 6pm and 8am. Last night ‘er indoors TM parked there, and said to be sure she moved the car in the morning. I woke at 5am (as is so often the way), looked out the window and saw a parking space. So I got dressed and went to move my beloved’s car. Panic set in when I saw her car wasn’t on the single yellow line. It was as well I didn’t have my mobile in my jim-jams pocket or I would have phoned the police there and then. I trotted hope as quick as I could (in a panic) to phone the old Bill, only to see her car right outside our house. She’d obviously already moved it. Needless to say I didn’t get back off to sleep for a little while after that…

Over brekky I mucked about with a presentation for the astro club – a five-minute space filler for the next meeting about my fun with the solar scope. Mind you, I’m still not sold on the whole concept of telescopes. Whilst playing with the solar scope was interesting, it was (in my honest opinion) a lot of fiddling about to get a picture which doesn’t begin to compare with that which you can call up in two seconds using Google Images.

And then the rest of the cyclists arrived, and we set off to Woodchurch. A reasonable distance for the purposes of having a bit of exercise, but the road is busier than a lot of others along which we cycle. The Six Bells is always worth a visit though, with five ales on and decent food too. And then home via a pint of Late Red in the Kings Head in Shadoxhurst. Pausing only briefly for the Rear Admiral to prang his bike, we were soon home and puffing well. It’s been some six weeks since we last cycled anywhere, and I think it’s probably fair to say that I for one noticed the fact.

And then together with “My Boy TM ” I had a couple of hours’ fishing. Bearing in mind his recent massive catches on his French fishing holiday, I was rather hoping for more from him that what he actually delivered. And what did he deliver? Perhaps a fifth of the amount of fish that I did, thanks to the application of “Really Skillful Angling TM ”

What with the bike ride, and sitting on the pond side, I’ve got a really tender chuff…..