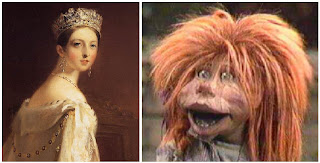 Let’s hope my PC lasts long enough for this blog entry to reach cyber-space. On booting I had some message which dribbled about an unregistered anti-virus being installed. So I employed my standard I.T. fix #1 – I rebooted, which seemed to work. But we shall see.

Being the last Wednesday of the month, we set off to Lenham to the arky-ologee club. More often than not the meetings are dull, but tonight’s speaker promised to be good. Her previous talks had been on the saucier exploits of King William IV and Admiral Nelson.

Tonight she lived up to expectations, digging the dirt on the seedier aspects of the lives of the six uncles of Queen . With two of them being kings (George IV and William IV) and four of them being dukes (of , , and ) they were (with one dull exception) a lively lot. Between them they were involved in several illegal marriages, had several mistresses, fathered at least fifty-six illegitimate children and ran up debts of millions of pounds (each). The speaker read from letters and eye witness accounts written at the time, and brought to life a subject which thirty years ago my history teacher had killed stone dead.

Following her talk we had a celebrity guest. Or so I first thought. My mistake – the poor lady who told us of her excavations bore an unfortunate resemblance to “Tiddler” from “The Riddlers”. She waxed ecstatically about some medieval duck pond she was digging out, which was apparently remarkable because it was built on the wreckage of an earlier medieval duck pond. I suppose there are those who get over-excited at the thought of double decker medieval duck ponds, but I must admit I am not one of them…