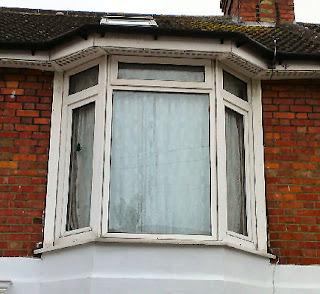 I see that yesterday’s blog piccy went up sideways. I wonder what that was all about? Let’s hope that the blog software isn’t going west too. I had a look at the hit tracking software this morning. As well as seeing who’s visited from where in the world, it tells me what operating systems are being used, and what browsers. And what key words people use in search engines to find this blog. I’m reliably informed that one person found my blog by typing the phrase “christopher eccleston motorbike” into Google. I tried it myself, to no avail; but what do I know?

I then spent a few minutes totting up my shopping bills this month. I make a point of recording all my credit card purchases on an Excel spreadsheet. I know that there are those who point and laugh ant me for doing this, but I find it useful – it’s amazing what I find that I’ve forgotten that I’ve bought. Small things add up. Take the last few days for example – on Sunday I bought a memory stick from PC World and a tub of fish food. By this morning I’d no memory of buying them, and they came to over fifty quid. And I’ve spent a total of over sixty quid in Tesco’s this month in small amounts here and there. It soon adds up.

I need to stop frittering away cash on little things – especially with various jobs around the house I need to pay for.

“Roof Man” came today and re-felted the flat bit above the bay window. Whilst it was cheaper than I was expecting it to be, I can’t help remember a conversation I had at school (thirty five years ago) with one of the teachers. I commented that my friends at the local secondary modern were learning woodwork metalwork and useful stuff like that. We on the other hand were learning Latin. Which would probably be useful if ever I wished to speak to a dead Roman. But so far has never proved to have been a useful way to have spent five years. The teacher at the time, one Mr Hooper, told me that in years to come, as an boy I would be paying the working classes to do household maintenance jobs for me. Such manual labour would be beneath my dignity.

An admirable sentiment I’m sure, if you can afford to subscribe to that school of thought. Whilst I’d rather pay someone to do the roof than do it myself, it don’t come cheap. I can only suppose that Mr Hooper was prepared to pay far more for his dignity than I am. With the outside now done, I’m inclined to let the inside dry out and have a go at doing it myself….