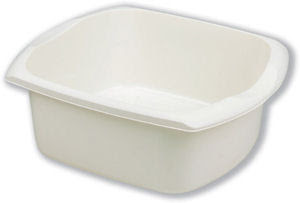 I mentioned yesterday that I’ve added pages to this blog – from the menu bar above there’s diary dates and a biography. I can’t believe how many hours I spent yesterday evening and this morning fiddling around with those. Was it really worth it?

I really ache this morning – I blame the overhaul I gave the pond last night. As well as mucking out the filter, I also (with some help) disassembled the mini-pool the filter empties into and gave that a good scrubbing too. Perhaps I overdid it? But that didn’t stop me digging out more camping gear this morning and loading the car with more gear for the weekend. It’s as well to find out what we’ve lost now whilst there’s time to do something about it, rather than wait until we’re half an hour late leaving to realise we’ve no gas canisters. For example: washing up bowls. Last year when we put the stuff away we had three. Now, we have none. Where did they go? Now I’ve bought three new ones I expect the old ones will soon appear.

Talking of lost, I can’t seem to find my perve-o-scope; a pair of binoculars with a built-in USB camera. It’s not a particularly good pair of binoculars, or an especially good camera, but it’s a laugh, if nothing else.

Whilst loading up the car I managed to burst the backside out of a new pair of shorts. That was fourteen quid well spent - a shame I'd managed to lose the receipt. Whilst in Tesco's this morning I saw a chap looking at said shorts, and I took the opportunity to put him off buying them. He thanked me, did a double take, and recognised me - he was a cousin-in-law I've not seen for years. Small world!!

And then I popped in to Halfords – they had some pop-up gazebos like the one we’ve got that is broken. And they were twenty quid cheaper than what I’d paid two years ago. Hopefully it will come in useful…