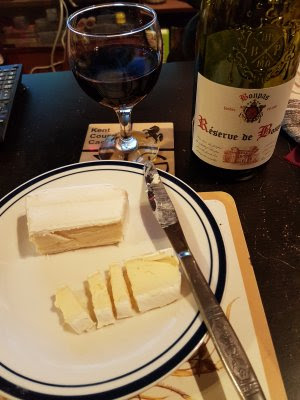 After a rather restless night I watched an episode of “Tiger King: Murder, Mayhem and Madness” in which our hero’s husband did himself in, and he failed in his political career.
I then had a quick look at the Internet. I sent out some birthday wishes, then seeing pretty much nothing had changed on Facebook I had a look in my in-box. Someone had been out hunting geocaches on my series round Godinton. I suppose I will get stick for not having disabled those caches, but I can’t really see the harm. People are allowed to go for a walk, and there are far more opportunities to contract the virus than from a film pot I stuck in a hedgerow a year ago.
I also had a message from Munzee HQ. I tried to put a virtual Munzee in the local memorial gardens a couple of weeks ago. They declined it because they could find no mention of Ashford Memorial gardens being a historical site. I gave them some references, and again they’ve declined the listing because they could find no references (!). I replied suggesting they read what I wrote, got myself organised, and set off to find my car.

As I walked to my car I saw a jogger. Together with never-walked-dogs and never-cycled-bikes, people are dragging their never-worn jogging costumes out of the wardrobes to give them something to do during lock-down. This particular jogger was a chubby woman clad in skimpy skin-tight lycra and was sitting on someone's garden wall, sweating profusely and desperately gasping for air. When she saw me she pretended not to have noticed me, heaved herself up, and bravely jogged on up the road. She got maybe twenty yards past me before collapsing again.

I drove off to work. As I drove the pundits on the radio were talking to one of the country's leading dentists. With English dentists only seeing two per cent of the patients that they were before lock-down (it is apparently twenty-five percent in Scotland and Wales), people are now so desperate as to be using pliers to pull their own teeth out. This was seen as a bad thing (really?!) and there was all sorts of talk about how dentists might start seeing patients again. The obvious answer is to make personal protective equipment available to dentists, but the stuff is in short supply.
There was also concern expressed that if the government recommend people wear protective masks in public, then what little PPE is available to healthcare professions will soon evaporate.
Just recently the pundits on the radio have got rather good at pointing out the blatantly obvious.

I went to Sainsbury's before work. Apart from the nutter in the queue behind me who was having a heated argument with the voices in his head, the trip went relatively uneventfully. I must admit I thought I'd been doing a rather good job of getting the shopping recently, but I'd not got any tea bags for a month.  That doesn't bother me - I don't like tea, but "er indoors TM" is rather keen on the stuff.
I got tea bags and one or two other necessities. Fifty quid's worth of other necessities. Perhaps I need to be a bit more judicious about what I am buying; I must admit I have to wonder if I really need to buy two bottles of red wine every time I go shopping, and I am reliably informed we now have more potatoes than sense.

With shopping shopped I went in to work and did my bit, and came home again. As I do.
Once home we took the dogs round the block. They all behaved themselves… mostly. Pogo wasn’t happy at not being allowed to run in the field where the gypsies leave their horses. I don’t like him going in that field as he chases the rabbits and gets rather distracted.

"er indoors TM" boiled up a rather good bit of dinner which we scoffed whilst watching celebrity Bake-Off. We washed it down with a decent bottle of wine.
The port might have been a mistake…