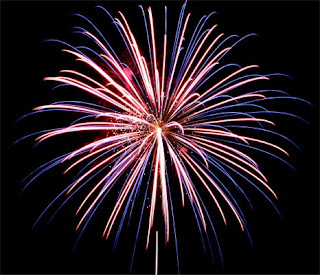 I would have had something of a lie-in this morning had my dog not decided to be quite so fidgety. After I told him off for what seemed to be the ten thousandth time I got up.
Over brekkie I had a look on Facebook as I do.  A coach driver I know was “taking the God-squad” to various cathedrals. A sales rep was (again) calling his superiors idiots on-line. An I.T. consultant was having “a break from the muppets.”
Does nobody work for an employer who has a policy that you shouldn’t run the firm down on social media?

Bearing in mind time is pushing on I had a quick look on-line for bonfire and firework related events. In years gone by the bonfire season was a large part of my life. Nowadays it has somewhat fizzled out. When I was a lad our Boys Brigade band marched in Ashford’s bonfire procession. There’s not been such a procession in Ashford for thirty years. The wonderful displays at Wye and Shadoxhurst don’t happen any more. There is an event in Northiam, but it is this evening (and I’m working). Mind you Rye is having its usual bonfire event in a month’s time; I may well just pop down to that.
I had a vague idea to stage a mini fireworks event in the back garden but we’ve tried that before. The garden is too narrow and fireworks ain’t cheap.

I then spent a little while looking to organise a minor geo-walk around London, then took my little dog for a stroll. It was raining slightly as we left home, and the rain got harder as we walked. It was enough to keep most people indoors. Rather than hundreds of joggers infesting the park we only saw one, and there was only one other dog walker braving the elements.
"Furry Face TM" was soaked by the time we got home.

I then spent an hour or so farting about with the astro club’s website. I’ve updated it with all sorts of info about what is going on in outer space for next year. I also updated it with what’s going on with the club for the next few months, and then (following a phone call from the bookings secretary) changed a few of those dates.
Perhaps I should have got the astro club involved with International Observe the Moon Night which was happening this evening. But I couldn’t have done anything for the event (being on the night shift). And it looks like it will be cloudy.

After a bit of cheese on toast I took myself off to bed for the afternoon. I dozed for a bit, and now I’m off to the night shift. As is so often the case on the day before the night shift I’ve wasted a day sulking that I’ve got to go to work later.
Must stop doing that…