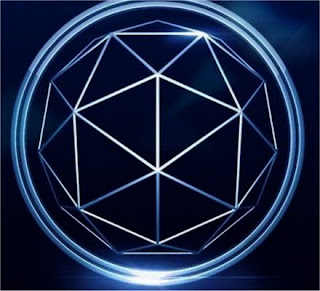 Over brekkie I watched the episode of Dad’s Army that the SkyPlus box had recorded for me on Saturday. As I watched it I was rather conscious that its creator Jimmy Perry had died yesterday. Whether you love or loathe the show, you must admire the fact it is still prime time viewing forty years after it was made.

I set off to work. As I drove I listened to the radio. The pundits were making great show of a report from the Academy of Royal Medical Colleges which lists forty unnecessary medical procedures. I listened with interest. Pre-operative assessments before minor and intermediate surgery is claimed to be a waste of time; I’ve got to free up an afternoon to have one in the next few weeks. However much of the rest is already standard practice in my experience. The report claims that fractures of the foot should not have plaster casts but orthopaedic boots. When "My Boy TM" knacked his hoof six (or more) years ago he had one of these boots. There were several other recommendations concerning blood transfusions and platelet transfusions which have also been S.O.P. for years.
I do wish that the radio wouldn’t broadcast well-established facts and procedures as revolutionary new developments.
Meanwhile in France the Sangatte refugee camp is being closed down. The closure would seem to be something of a disaster, and thanks to European freedom of movement there seems to be uncertainly as to where many of the refugees are going to end up. Probably in the back of lorries heading to Dover. Which is exactly what the French wanted all along.

I stopped off in Morrisons for various odds and ends, then had a surprisingly busy day at work. The burning question of the day was that given that you had saved the world (from what was unimportant), what reward should you expect. For myself I thought I’d quite like half an hour of duck-face (from Bake-Off)’s time and New Zealand. Some of my colleagues wanted various other rewards, but the consensus was (unfortunately) that if the rewards wasn’t good enough the world would not get saved.

An early start made for an early finish, and once home I took "Furry Face TM" round the park. As we walked I struck up a conversation with a nice man with a whippet. It was only after ten minutes that I realised he was chatting me up. Some would say that was a result, but it was getting dark and my dog was getting impatient.

"er indoors TM" did a rather good tea then went off bowling. I settled myself in front of the telly. The one-off Crystal maze was good, and then there was episode two of the documentary about the SAS. All good telly but I’d made the mistake of watching it as it was broadcast. So many adverts…