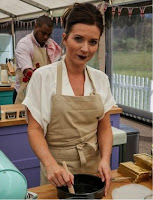 I bought a packet of wasabi nuts to eat with my scoff last night. I say “scoff” -  I often have this lunch/dinner argument, but what do you begin to call the two meals you have on the night shift (one at 11pm and one at 4.30am)? I like wasabi nuts, but they gave me stomach ache which lasted all night until the relief arrived at 8am.

I came home and saw "er indoors TM" fleetingly as she left for work. My little dog seemed happy to see me, and we went for a walk round the park. He was rather taken aback when a small ball of fluff tried to do to him what he tries to do to most other dogs. I did laugh.
I had all sorts of things to do this morning, but instead of doing any of them once our walk was done I went to bed for a few hours.

I woke shortly after 2pm, and popped down to the fishing tackle shop. I needed maggots, and I had this idea that they might sell shooting jackets. With all their pockets I do find them to be really useful. The shop had none. The nice man there was of the opinion that no one makes the things any more. I find that difficult to believe. “Go Outdoors” has them even if they fall apart.
I came home, nd ordered one from eBay at half the price of  “Go Outdoors”.

I then scoffed some dinner whilst watching “Game of Thrones”. In this episode there was not a single willy or tit to be seen; quite a rarity. I then spent a few minutes fixing the DVD player. It hasn’t been working properly recently so I pulled out all the plugs and put them back in again and now it seems to be working fine. I tested it out by playing “Little Shop of Horrors” as I did some ironing.

I should really have then mowed the lawn. It is getting rather long. But I was tired. It is strange – on Saturday I walked over twelve miles. On Sunday I walked nearly sixteen miles. Neither of those were as physically draining as doing a night shift. So instead I carried on with updating the Bat-Camp archive. I’ve now got as far as 2010. I did the 2010 entry this afternoon. You can read it in about two minutes; it took about an hour to prepare. I thought about cracking on and doing the 2011 entry as well, but that will keep till another time.

"er indoors TM" came home and boiled up a rather good bit of dinner; lamb chops washed down with a bottle of red wine. We devoured it whilst watching “Bake Off”. Sometimes I think I could be on that show… if only I could cook.
Posted by Manky Badger at 9:27 pm