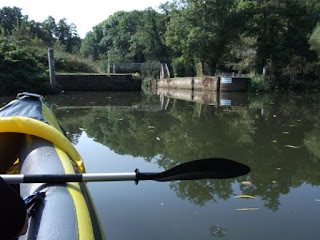 One of the “features” of my new lap-top is that it automatically backs up my data to some unknown place on cyber-space. A good idea in theory; in practice it does that at the expense of everything else it is supposed to be doing, so for the first half-hour after boot-up the thing Is practically unusable. I’ve turned this “feature” off. Why do I.T. types insist on calling such troublesome ideas “features”? “Disadvantage” might be a better description.

Over brekkie I read the news with a sense of “WTF”. The Secretary of State for exiting the European Union has told the House of Lords EU select committee “I may not be able to tell you everything, even in private hearings” when referring to the negotiations he will be conducting on the nation’s behalf. He’s told members of parliament (on Monday afternoon) that full transparency would not be in the country’s best interests.
Now why are all those who voted to leave the EU because they felt that the European Parliament was forcing rules onto the UK (supposedly without our say-so) happy with this?

"Furry Face TM" seemed a little excitable, so I took him for a walk round the park. On the way he tried to pick a fight with a bus, and he had a respectable attempt at humping a Red Setter and a Labrador. I put him on the lead as OrangeHead hove into view. She is an odd woman. When I met her when he is on her own (as I did today) she is polite, civil and friendly. However when surrounded by her little gang she doesn’t even deign to acknowledge my existence. She asked if I’d seen Lynne. Presumably Lynne is her Chunky Little Friend; I hadn’t seen any of her posse this morning.

Once home we settled the pup in his basket, and "er indoors TM" drove us out to Teapot Island. We’d both taken a day off work today to go out in the canoe. We soon parked near the water’s edge and got the canoe inflated. There was another group getting ready to go sailing. We said hello, and I politely and jokingly told their four-year-old (named “Bloomer” apparently) that the golden rule of sailing was to watch out for the sharks.
Oh dear.
I didn’t know she’d spent the last few weeks in terror of actually being on the receiving end of a shark attack in the Medway…

Leaving “Bloomer” to her family we set off. It was a lovely day for a sail up the river; partly because of the wonderful weather and partly because no one else was sailing up the river. I don’t know what happened to “Bloomer”’s crew (perhaps a shark *did* have them?) but we only saw two other sailors all day.
We went up the river; the first half was easy enough but suddenly something changed. Where once all really was plain sailing, suddenly we were all over the place and spinning in circles. We eventually got to the lock where we came ashore for a picnic, and we pulled the canoe out of the water and we gave it a once-over. Disaster! The skeg had gone missing.
(For those of my loyal readers who are not of a nautical disposition the skeg is a sort of fixed rudder. For those of my loyal readers who are *really* not of a nautical disposition, if you haven’t got a skeg then the canoe just keeps going in circles).
The idea was that we would paddle upstream to begin with, then paddling back to the car would be going with the current and would be easy. Without the skeg it wasn’t as easy as it might have been. Once we’d got back to the car I consulted my GPS unit “Hannah”; we’d done a total of five miles sailing.

A day out isn’t a day out unless we hunt for geocaches – we found three along the river. There were others we didn’t find. One such failure may well have been responsible for the loss of the skeg.
Mind you I quite liked the sailing, but there is no denying that it did nothing for my tennis elbow. There is talk of taking "Furry Face TM" canoeing. We’ve got a life jacket for him, but I think he’d get bored, and then do a “dog overboard” chasing ducks.

I took a few photos as we sailed. Once home I posted them on-line as I so often do, and then once "er indoors TM" had showered off the river water (I didn’t bother) we drove round to McDonalds. We soon met Steve and Steve and Sarah and Jimbo and had a rather good McDinner. "er indoors TM" then went crafting, and the rest of us went round to visit Denver for a meeting of the astro-committee. Lots talked about, lots planned, maybe changes, maybe not… all good stuff.

I’m off to bed now. I’m worn out. Today was a holiday?