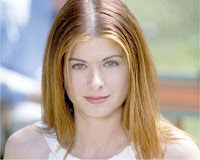 At this morning's weigh-in I saw I'd lost another two pounds. That's only a couple of pounds short of four stone lost. Also I've lost another half an inch from around my neck. With a collar size of sixteen and a half inches, all my shirts are now too big.
And, perhaps more importantly, a threshold has been crossed. With a BMI of just under thirty I am now no longer obese. I am merely overweight. I've not been merely overweight for years.

Over brekkie I had a look on the Internet - there was a lot of bad feeling on the astronomy club's Facebook page yesterday and today: the club had been invited up to a Stargazing Live event on the Downs. The organisers (NOT the astro club) had sold out of tickets and the general public weren't happy and felt that the club was in some way responsible. They (mostly) seemed to overlook the fact that they'd been told to book tickets in advance from the organisers. And most (all) of the whingers weren't actually astro club members; just people who'd signed up to the Facebook group. Perhaps we might chuck everyone who's not a paid up member out of the Facebook group ?

Bearing in mind the horrible journey I had coming home last night I thought I'd check the travel websites to see if the A28 was clear this morning. No website mentioned any problems. No website mentioned there had ever been a problem. So I phoned Kent police. I got though to a vague chap who was helpful enough,but had no record of the A28 having been closed. He asked me who told me it had been closed, and was rather surprised when I told him it had been a policeman.
I left home perhaps a little earlier than I might have done (just in case), and got to work early. But an early start made for an early finish. It was good to drive to and from Canterbury in daylight for a change. I came home via Perry Court farm shop, bearing in mind the fruit and veg stall hasn't been in the town centre since Christmas. I got what I needed, and got a bit cross with the normal people there. How can anyone have the ability to drive one's self to and from the shop, but not have the intelligence to pay for your purchases. One chap was so dithery that he just held out a hand full of coins and the girl on the till took what she needed (or wanted). Another pair burst through the doors, flattening people on the other side, then just stopped still. They were completely unaware that they were now blocking the door. When asked to move they were genuinely surprised and shocked to see they were in everyone's way.

Once home, over a spot of lunch, for want of anything else to do, I thought I'd have a clear out of my list of friends on Facebook. After all I had three hundred people on that list. Surely there must be some people that shouldn't be on it? So I went though the list. But between people I know from work, from astro club, from the arky-ologee club, family, friends, kite fliers I only found two people that I didn't actually know who they were. So they've both gone from my list.

It was a shame I'd had to work this morning: I'd had an offer to go for a walk along the beach that I'd had to turn down. But so that the afternoon wasn't entirely wasted we wrapped up and went for a bit of a stroll whilst the washing machine did it's best on my shirts and trousers. Once thoroughly frozen (it was a cold day today)
we came back to find shirts and trousers washed and ready for ironing. Yesterday I said that the laundry would still be there today: and it was. Whilst I ironed we watched Johnny Depp in "Charlie and the Chocolate Factory" on the Turner Classic movies channel. It seemed odd to me that a film that was only seven years old could be a classic, but what do I know?
And then we turned to the Discovery Shed channel for an hour of Bob Ross and his painting. Bob was working wonders with acrylics today. I felt inspired again: a shame I have no acrylic paint. If any of my loyal readers have any brown, crimson or black acrylic laying about that they don't want, spare a thought for me. I only want a few drops, and it's daft to spend out on pots full when I only need a tiddly amount.

And then, seeing how it was Saturday night, we went round to Chris's house for the film night. First we watched "Fever Pitch" - a film I've always liked. And then "The Wedding Date" - a new film to me, but quite watchable. I spent the entire film trying to work out why the lead actress looked so familiar: it turned out that she was Grace in "Will and Grace". And then I slept though the Shrek Halloween special...