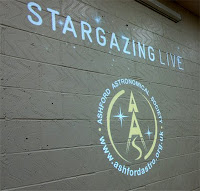 By the time we'd tidied up after last night's dinner party it was rather late. Even so, we sat and watched telly for a bit. There was a dodgy moment when I stood up - my knee bent backwards. If I hadn't grabbed the table it might have done some serious damage: as it is, the knee has been quite painful today.
Having had a late night I was hoping for a lie-in this morning: instead I was woken at about 7am by next door shrieking at their dogs. I tried to get back to sleep, but didn't. Instead I dozed fitfully. I really should just get up on these weekend mornings rather than lying there, unable to sleep and bursting for a tiddle. I eventually got up, and had the weekly weigh-in. Another pound gone. I've now lost fifty pounds and am under fifteen stone for the first time in years. In fact, I only have to lose two more pounds and I will no longer be obese, but merely overweight. According to the figures I still have to lose another thirty seven pounds to get into the "healthy" range. I wonder if that will eventually happen?

There was a bit of a disaster in the garden - three of the Koi were dead. I'm putting it down to old age - fish do die from time to time, but three at once is a tad excessive. I'm hoping that there's nothing serious going wrong in the pond. It was my plan to leave the pond alone until it gets a bit warmer; I didn't expect to have to do anything with it until April at least.
And then I popped round to see Brian: he had some masking tape I wanted for artistic purposes.

I came back home to find "My Boy TM" visiting. He had stayed overnight with a friend who had during the course of last night struck up a friendship with a young lady of dubious morals. "My Boy TM" had been unable to sleep because of his friend and the young lady "going at it like a pair of bison". Which was nice for them, but not so good for anyone in the general vicinity who was trying to get some shut-eye.

I set the washing machine loose on my shirts, and then delivered the vacuum cleaner to "Daddies Little Angel TM" who was helping her pal move into the house just round the corner. I came home and ironed the shirts whilst "Daddies Little Angel TM" and her pal used our table to eat their KFC. Apparently the tables at her mate's house house are under several feet of clutter, I wasn't complaining: I got to scoff the left over chicken.

Pausing only briefly to pull another dead fish out of the pond (what's going on !), the Rear Admiral arrived with Stevey, and we set off for the evening's excitement. Earlier in the week I mentioned about the BBC program "Stargazing Live". Whilst I wasn't personally impressed with the TV show, it certainly raised the awareness of astronomy in the minds of the general public.
We were using the scout hunt in Woodchurch, Personally I prefer the Memorial hall, but that wasn't available. We arrived early to set up, but found a hive of activity already going strong. And once we'd set up, the punters arrived. Drew gave an excellent talk involving the audience, and just as he finished speaking we got the message that the sky had clouded up. Which was just what we needed for a stargazing event (!). So we had tea and a chat, and then we used the stellarium software to show people what they would have seen had there been no clouds. And then I wittered on about the Fermi Paradox and the Drake Equation for fifteen minutes.
Being still unable to see anything through the clouds we rounded the evening off with an "ask an astronomer"
session in which the assembled throng had the opportunity to ask questions of a panel of experts (and me!)

For all that I've been rather unimpressed with the Stargazing Live TV show, the evening went really well. This was the astro club's fourth big event, and again it was done excellently. With seventeen members having volunteered to help the committee this evening, the club is going from strength to strength.

Mind you I must admit that I felt for my father-in-law: on this his first ever visit to the astro club he was dragooned into doing the washing-up. And I feel I need to make it clear that the catering was not done by the club, but was provided by an outside concession. The club makes great show of the fact that we run on a "not for profit" basis - we just cover our costs. So (on that basis) I couldn't believe that burgers were being touted at four quid each. Next time maybe we might do the catering ourselves: I did hear someone volunteer to do just that...