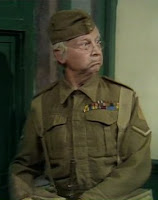 After four hours asleep Sid woke me with his barking. "er indoors TM" said she’d been down to him three times already. Needing a tiddle I went down to him a fourth time and took him into the garden. He didn’t want to go but I didn’t give him the option, and after a little sulk by the back door he eventually stomped down the garden, did that which was expected of him, and stomped back again. He then settled, and so did I.

I made some toast and peered into the Internet. Apparently there were riots in Washington last night as Donald Trump and his supporters still refused to accept that they lost in the recent election. This morning there was talk of having Mr Trump removed from office via constitutional methods having him declared medically unfit for office seeing how he is arguably mentally ill.

There was also consternation being expressed that the episode of “Dad’s Army” that appeared on the BBC last Sunday had a disclaimer that the show featured language of the time that viewers today might find offensive. Did anything really find Corporal Jones ranting about “fuzzy wuzzies” to be offensive? Really?

But this is a sign of our times isn’t it? Political correctness gone mad? Possibly. Or is it that those with extreme heartfelt views have got themselves into positions of power to make their opinion mainstream? I’m reminded of the landlady of our flat in Folkestone in 1984 who at the time ran a vegan restaurant in Dover. She was very animal-rights-save-the whales-Greenpeace-eco-friendly and at the time her views were that of a crackpot minority. She once told me that her animal welfare group was seen as a joke, and that they needed the respect that the RSPCA had. Her and her mates stood for office in the RSPCA and within a few short years they had taken it over. Have you ever wondered why (by the mid 1990s) most small pet shops had gone, and why so few of those remaining sold animals any more? Or why the Dogs Trust people wouldn’t have a collecting tin in a pet shop but would have one in a tattoo studio?

What was once crackpot views became mainstream opinion. It is like anything in our society; everyone is quick to find fault. Only a small minority will actually stand up to do anything. Like my crackpot ex-landlady and Donald Trump…

I took the dogs round the block, and spent a few minutes chatting with a couple of chaps who were fitting double glazing into a house’s bay window. It was amazing watching what they were doing; I wouldn’t have a clue where to start.

With a few minutes to spare I had a little look at the Internet; specifically the videos of last year’s “Thursday Clapping” that a family member had posted over the ten weeks of last year’s first lock-down. Clearly in that street the “Thursday Clapping” was a chance to get out and about and mix with the locals and deliberately undo all the good that staying at home had done. That clapping was supposed to have started again this evening. I don’t think it was quite the success it might have been… am I being churlish in being grateful for that? Leaving aside all that it undoes all the benefits of actually staying at home, I find it insulting. No one claps a baker for not incinerating a loaf of bread.

Today was dull…and I’ve been ranty….
Posted by Manky Badger at 10:52 pm