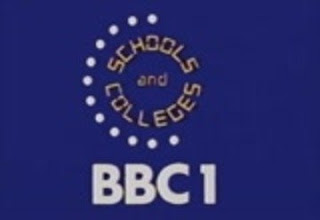 Some people argue about whether one has lunch or dinner at mid day. Does one eat tea or supper in the evening? Either way, you know what someone is talking about when any of those are mentioned. But what is the name of the meal scoffed at three o’clock in the morning? Whatever it was called, as I scoffed it I had a look at my phone’s Facebook app and saw that quite a few other people were awake, and were reporting snow in various parts of Kent. I then spent the rest of the night shift peering out of the windows but being unable to see anything.

I drove home through drizzle.

As I drove home the pundits on the radio were interviewing  Nadhim Zahawi who is the Parliamentary Under Secretary of State (Minister for COVID Vaccine Deployment). The bloke didn’t come over very well. He answered every single question put to him with the stock phrase “You are right to challenge me on this point” and um then um was um so um hesitant um that um he um didn’t um actually um say um anything.

There was also a lot of talk about how the BBC is to broadcast educational TV shows to help the efforts of parents home-schooling during lock-down. Great show was made of this, even though it is a very old idea – when I was a lad daytime TV consisted entirely of this sort of programming. One of the CBBC channel’s executives was interviewed, and she made great show of wanting to support the school curriculum. Or “criklum” as she insisted on calling it. I would have thought that the BBC would have supported the school curriculum better by having their efforts to do so led by someone who could actually pronounce the word, but what do I know?

I got home and walked the dogs round the block. We didn’t go far as it was a wet morning. As we went Pogo was crapping like a thing possessed; I have no idea what he’d been eating but I wish he’d eat less of it. We certainly were rushing the end of the walk in a desperate bid to get home having crapped our way through a pocketful of dung bags.

With walk walked I went to bed where I slept for three hours, then over a rather late brekkie I had my daily root around the Internet. I hear the “doorstep clapping” thing is to start again. If people want to stand on the doorstep clapping, then that is up to them. However I would ask that none of my loyal readers do so for me. At the time when the weekly clap was “a thing”, many of the intended recipients found it all rather insulting. You don’t clap a bus driver for not crashing, or a nuclear scientist for not blowing up the power station, do you?

I then spent the afternoon doing the ironing whilst watching several episodes of “Four in a Bed” in which the owners of four completely different Bed & Breakfasts tried to out-do each other. As always the cheaper establishments did the best as there is far more scope to underpay an expensive place.

I wrote up a little more CPD, and it will soon be dinner time. I hope.

The day after a night shift is usually dull, and today was no exception…
Posted by Manky Badger at 6:03 pm